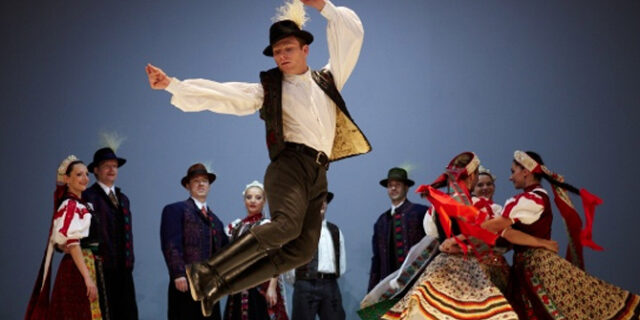 Following on the success of last year’s family days held in May and in December, the Balassi Institute Hungarian Cultural Centre London organizes another fun day packed with colourful activities for the whole family. This year the Hungarian Cultural Centre invited the Kaláka Ensemble back, who gave a fantastic concert last year. We can expect an unforgettable experience once again when children can sing along and join in.
The Kaláka Ensemble, a quartet singing poems, folk songs and children’s songs, was formed in Budapest in 1969 and has given concerts in nearly 40 countries in the world. Gábor Bence, Dániel Gryllus, Vilmos Gryllus and Balázs Radványi are all practitioners of the Kodály method. During their concerts they present an array of instruments and have also been very successful with children who speak other languages.

After the concert there is an array of programmes devoted to folk dance. Children can have a go at learning the first steps of Hungarian folk dance, the internationally highly acclaimed artists of the Hungarian State Folk Ensemble perform a selection of dances.

The Hungarian State Folk Ensemble was founded in 1951 with the purpose of collecting, preserving and presenting the treasures of Hungarian (HSFE) folklore. It presents all folk-related Hungarian genres on stage: historic music, authentic folk music and dance, dramatic folk plays, as well as traditional world music, show-dancing and the elements of contemporary dance-house tradition. The HSFE has performed in 50 countries of four continents, entertaining more than 8 million people altogether. The dancers are accompanied by a traditional folk music band.
Hungary’s Táncház or ‘dance house’ method of teaching and learning folk dance gained widespread international recognition when it was included on UNESCO’s intangible cultural heritage list under a decision made by a UN intergovernmental committee in November 2011.